Published by Personal On 9th February 2016

Cape Town is a city steeped in cultural heritage. This is evident in the architecture and layout of the city’s suburbs. The Cape was colonized by Dutch settlers in 1652, and then influenced by Asian immigrants in 1654. The Khoisan, who were the first indigenous people in the Cape, lost most of their territory due to conflicts over land ownership with the Europeans. In 1666, the Europeans started building their first fort which they named the Castle of Good Hope. It was only completed in 1679, and still stands as the oldest building in South Africa. This historic monument was the first of many that was erected in the Cape region. Cannon posts were also strategically placed on hills and mountains around Cape Town to defend against foreign invasion, and to signal the arrival of ships in the harbour. The Dutch installed over 50 cannon posts to form a signal gun chain, starting from Signal Hill in Cape Town heading north towards Tygerberg and Brackenfell. 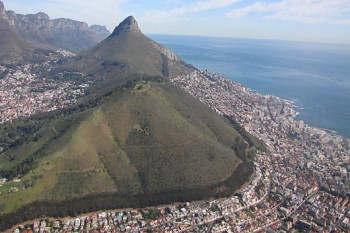 A good starting point on the cannon route is at Signal Hill in the centre of Cape Town. Travel through the beautiful Bo-Kaap to this incredible viewing point. The Noon Gun (cannon) is fired each day from the lower slopes, except Sundays and Public Holidays. This is the oldest ongoing tradition in Cape Town. Enjoy the sights of the sprawling city centre and Atlantic seaboard below. The SA Navy gives an informative presentation on the history of the firing of the Noon Gun, at 11h30 daily. From here, your group can use a shuttle service to continue along the cannon route. 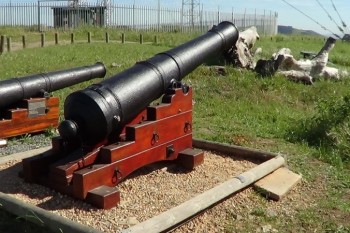 This stop on the cannon route involves a rich history about the whereabouts of this cannon. The 12 pound cannon that rests on the Tygerberg Hill was manufactured in 1720 by a Swedish company. Before returning to the Tygerberg Hill in 2012, it was moved to various places including the De Grendel wine farm, the Parow Municipal building, and to a pavement on Voortrekker Road in front of the municipal buildings. The Friends of Tygerberg Hills and the Cannon Association of South Africa worked tirelessly to relocate the cannon from its previous location at Tygerberg Nature Reserve. It is fired regularly from its original home.
See more here Tygerberg Hill.

Another stop on the cannon route is Brackenfell Hill. This area is also steeped in history dating back to the 1700’s, when a hill overlooking Brackenfell was aptly named Kanonkop for its cannon that was positioned there. The cannon was originally fired to alert farmers of ships arriving in the harbour; to which they could sell their produce. The Bracken Nature Reserve is now home to the cannon where visitors are encouraged to stop and enjoy picturesque picnic areas, walking trails, and bird watching. It is wheel-chair friendly.
Watch this short clip to see the firing of the Brackenfell cannon for the first time in 207 years: 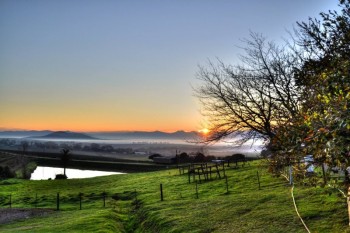 End your self-guided tour at one of the most magnificent stops along the cannon route, the Signal Gun Winery in Durbanville. It is one of the oldest family-owned farms in the Durbanville area. It is not just a venue for wine lovers, but also a great picnic spot for families. Wines were first produced on this farm in 2006. This 220-hectare farm produces 6500 cases of wine per year. Sip on their award-winning Signal Gun Sea Smoke Sauvignon Blanc 2014, while the cannon is being fired.
See more here Signal Gun Winery.