Published by Personal On 20th January 2016

With a large number of sports enthusiasts living in Cape Town, it is no surprise that it boasts a variety of different sports clubs all around the city. Below is a list of a few sports clubs in Cape Town that have an active member base and a high spirit of camaraderie. 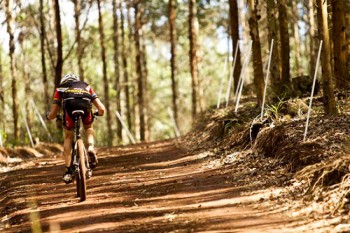 The Tygerberg MTB Club was established in 1990 and is one of South Africa’s largest MTB clubs, with over 3800 members. The club offers members and non-members a 120km interlinked network of trails in the Durbanville Hills. However, some of their trails are members only and some charge a small permit fee. Their trails range from a difficulty level of easy to difficult, making them suitable for all skill levels. They also offer kiddies trails at some of their venues. The Tygerberg MTB Club welcomes everyone to join their club or ride their trails. However, they asked riders to follow a few simple rules, such as: always wear a helmet, adhere to the members only restrictions and traffic flow, and respect other users. 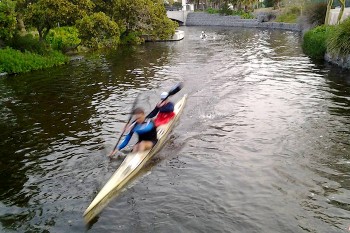 Like the name suggests, the Century City Canoes Club is based in Century City and offers paddlers 7km of man-made navigable canals. Established in 2008, the Club has grown to 98 members. They participate in races in and around the Western Cape and other parts of South Africa. The club also hosts a 10km time trail every Tuesday evening. Their canals can be paddled all year around and are suitable for novices, as the canals are wind protected, have a constant depth of 1.5m and are not affected by tides. The club also offers training courses for beginners and a coaching clinic, as well as welcomes stand up paddlers. 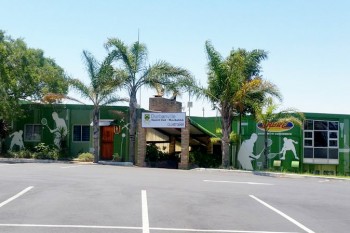 The Durbanville Squash Club is situated just off the N1 highway, about 8km away from the Tygervalley Shopping Mall. It is one of the 2 largest clubs in the Western Cape and hosts the ladies, mens and Masters squash league. The club offers 5 courts that comply with the international lighting standards. They also boast a large bar and entertainment area, sauna and an on-site Pro-Shop with a restringing facility. 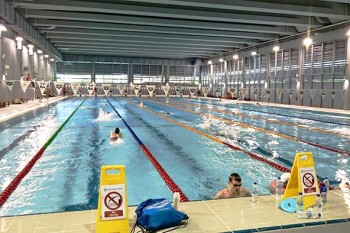 Established in 1997, Tygerberg Aquatics is one of the largest competitive swimming clubs in the Western Cape. The club hosts their training at the Tygervalley Virgin Active and N1 City Virgin Active and caters for beginners to advanced swimmers. With a competitive swimmer base of more than 160 and a regular inflow of learn-to-swim students, the club ranked under the top 3 clubs in the province for the past 5 years. Their swimmers compete in national and provincial galas and some of their swimmers also compete internationally. The club also offers other aquatic sports, such as open water swimming, biathlons, and triathlons as well as offers lifesaving classes.

The Oakdale Club is a multi-sport club that was established in 1961. It offers members swimming facilities, Squash courts, bowling greens and Tennis courts. The club caters for functions and has a conference room able to accommodate 20-160 individuals, a braai room and a bar. The Club also has its own amateur radio and hosts regular social events for members and their guests, such as music events, social dances, potjie competitions, bus tours and sports days. 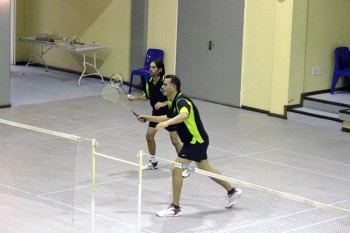 The Edgemead Badminton Club currently has 30 members, including league players, social players and a large base of fit and enthusiastic youngsters. Their members participate in provincial, local and national competitions as well as enjoy an occasional social play for the love of the sport. With many long-term members, the club’s membership base changes from year to year, but the clubs level of enthusiasm, team spirit and sportsmanship remains unmatched to other clubs. 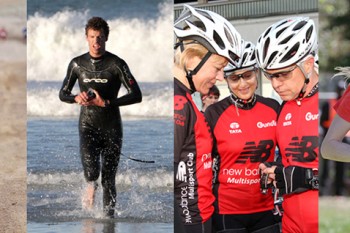 The Cape Multisports Club is a virtual club that welcomes members from all over the Western Cape. They currently have a membership base of 1000 of which a large portion are social members. The remaining members are runners, trail runners, walkers, cyclists (road and MTB), triathletes and canoeists. Some of their members have even managed to become provincial and national champions in their disciplines. The club also puts great effort in the development and coaching of young athletes as well as hosts regular events such as the Dudley Trail Run, Tekkie 10km Challenge, the Applethwaite Duathlon and the Applethwaite off-road Triathlon. 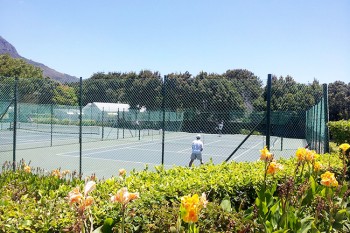 The Kelvin Grove Club is a prestigious multisports club based in Newlands, next to the Newlands Cricket Ground and Test Rugby Stadium. It is the largest sports club in South Africa with a membership base of about 7000 members. The club offers it member a multitude of sporting facilities, including a 15m sparkling swimming pool, 11 tennis courts of which 5 have floodlights, 8  squash courts, a rugby/cricket field, bowling greens, a croquet lawn and a fitness centre. They also have various restaurants each with their own bar and menu, as well as conference rooms and ballrooms. These are all available for hire by members and non-members. For the benefit of their member, the Kelvin Grove Club also has long-standing reciprocity with various prestige clubs worldwide. 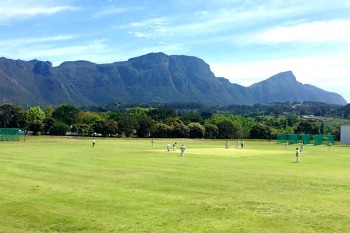 Founded in 1876, the Claremont Cricket Club is the 2nd oldest cricket club in Cape Town and the 3rd oldest in South Africa. It currently has 5 teams playing in the Western Province Cricket Association local leagues, with their first XI playing in the First Division. They train every Tuesday and Thursday from 16:30 till sunset. Additionally, they also have a junior division training every Sunday morning. The Claremont Cricket Club boasts 8 excellent turf nets and 4 AstroTurf nets, 4 well equipped changing rooms and 1 umpire changing room, as well as a bar and restaurant called The Clubhouse. Over the years, many of their members have made it into the Western Cape Provincial Team, other provincial teams and the South African National Team. 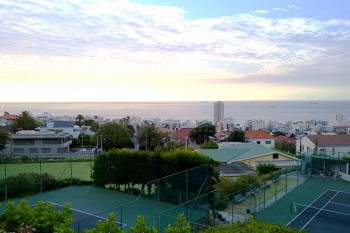 The Fresnaye Sports Club was established in 1928 and has a perfect view over Lion’s Head and the Atlantic Seaboard. The club offers 6 tennis courts, a full sized lawn bowling green that can fit seven rinks, and a lively membership base. Their tennis division caters for players of all skill level and have professional coaches available to all members. The bowling division also welcomes players of all skill level as well as provides bowling equipment and offers voluntary on-green assistance by more experienced members. Fresnaye Sports Club also has a fully stocked non-smoking bar, a function hall able to seat 80 people and a fully equipped kitchen.