Home » Blog » General » The Origin of Christmas In July

The Origin of Christmas In July 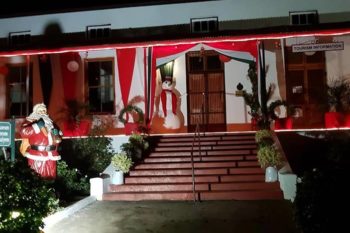 On the 25 December in the Southern Hemisphere, it’s generally hot and people are longing for some relief from the heat. Preparing for Christmas under such climatic conditions makes one long for the cooler weather of winter and also makes one dream of all those snowy nights of Christmas celebrations in the Northern Hemisphere? While we can’t change the season ,the closest one can get to doing so is reduce the time left for Christmas and celebrate it now, in July.

That’s what many do year after year. An unofficial holiday, Christmas in July mimics the festivities of the actual authentic Christmas and signifies the yearning for the coolness of winter amid the scorching summer months.

As July approaches, there is an air of festivity all over, but where, how and when did it begin!
The precise beginnings of Christmas in July tradition are not very clear, although it is commonly believed that it actually started in Europe as a way to celebrate Christmas in summer.

During the winter months in South Africa, the weather becomes increasingly colder and many people crave the sensation that those in the Northern Hemisphere enjoy. Amid these cold winter months, people miss the gift giving as well as the holiday spirit of Christmas time.

It is thought that it probably started in the 80s that the festival began to be celebrated. The earliest Christmas celebrations in July saw people throwing parties that replicate the actual Christmas festivities in December. The celebrations also included other Christmas traditions like Santa Claus, Christmas trees and gifts.

This untimely Christmas festival is also often ascribed to a group of Irish tourists who went for a vacation in Sydney’s Blue Mountains in the summer months of July in 1980. Away from the summer temperatures in their country, they were overjoyed at the sight of snow. It is believed that they convinced the proprietor of a local hotel in the Blue Mountains in New South Wales to hold a party called “Yulefest”. The idea was an instant hit and caught on with everyone present. The proprietor saw a golden opportunity in this and from that time held a Christmas Party each year in July. The local businessmen too jumped in to cash in on this unique festival and it continues to this day.

Today, the tradition is so well entrenched in Australia that most restaurants, clubs and dining halls, have an official advertised annual catered menu for Christmas in July, and are often booked in advance. Most hotels, restaurants, bars, apparel stores, gift shops offer special discounts for the occasion. During this time, one can find the local gift shops brimming with figurines of Santa and Snowmen. Resorts have special events connected with their Christmas in July celebrations. The whole occasion has come to be utilised as a marketing gimmick as much elsewhere as in Australia, as in its snowfields where the month of July coincides with the high season in the Australian skiing resorts.

The market opportunity is, undoubtedly, the most plausible reason behind “Christmas in July” celebrations. it is commonly said that the occasion was dreamed up by retail merchants in the western countries who wanted to benefit from a holiday in July, which is otherwise a dull season for business and has few marketing opportunities. That makes a lot of sense, especially when we see how so many “holidays” are emerging these days ranging from Boss’ Day to Secretary’s Day. Many people embrace these special days as they emerge, which surely spells a fortune for retail merchants.

Many stores throw special “Christmas in July” sales. As the global economy is currently taking strain, it is an emotive opportunity to draw the consumer. After all, who is not attracted by a SALE sign! Even if one doesn’t need to shop, it has a magnetic force psychologically as humans always enjoy bargains.

Of course, there are those who do not celebrate during this time. They are reluctant to acknowledge the event in July and are opposed to having such an occasion. They argue that this untimely celebration of Christmas makes a mockery of the actual festival that is held on December 25th and commemorates Christ’s birth.

Despite its rampant commercialisation, Christmas in July remains primarily an occasion to remember the northern hemisphere’s snow blanketed Christmas nights.

Cape Town offers a host of places that provide such celebrations from wine farms to shows to restaurants. Click on the following link to see what is hot, or rather cold, and happening in Cape Town! https://www.capetownmagazine.com/christmas-in-july

Why not jingle bells and be festive to lighten the spirit amidst all the chaos in the world!

Merry Xmas in July to one and all!