The Northern Suburbs has its own eclectic spirit and vibe and a cultural legacy all on its own, quite different to that of other parts of the city. Here are 10 things to consider doing on your next outing to the Northern suburbs.

The Bellville area particularly over the years has produced some of the country’s best rock, pop and hip-hop acts within the Afrikaans music genre, including Jack Parow, Die Heuwels Fantasties, Van Coke Kartel, Aking and The Springbok Nude Girls.

This market has a 30-year history, adding a lot of vibrancy to the already rich cultural heritage of the Northern Suburbs of Cape Town. They also host other events and markets throughout the year, and it’s widely considered to be a highlight on the Northern Suburb calendar. Some of the items which you are likely to find there include books, art and various types of artisan products.

Another destination within the Northern Suburbs which has added a great deal to the heritage of the area within the realm of horticulture and botany, is the Durbanville Rose Garden which boasts somewhere around 500 various types of roses. This could be one of the most scenic destinations you are likely to visit in this part of the Western Cape. For more information visit their website. 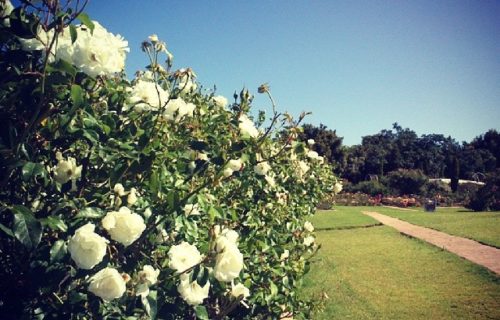 A lot has changed over the years; however, one thing has remained the same and that is that this part of the Western Cape still boasts some of the best views in the area. On the right day, people visiting will be treated to views that span across the Southern Peninsula. This area is also significant for the fact that it’s one of the final remaining and largest areas of the endangered Swartland Shale Renosterveld. There are 562 floral species for one to find.

Mountain biking is always a great idea and it’s not only fun, but great exercise as well. Tygerberg even has a dedicated mountain bike club, so why not get involved if riding on the mountains is your thing. The Tygerberg mountain bike club is a great way in which to experience this pastime. Since the mid 1990’s they have been providing the Northern Suburbs with a  way in which to get out there and enjoy the wonderful outdoors with friends and loved ones.

The Barnyard theatre has become one of the most famous  theatres in the country for live shows. The one in Willowbridge is no different, providing people of the Northern Suburbs with great entertainment for many years now. For more information and what the next show is, visit their website.

This is your typical roadside American burger joint, with only one difference in that it happens to be in Bellville. It’s owned by Bellville born rapper and celebrity Jack Parow, and was also the location of his debut music video ‘Cooler as Ekke’  For more information, visit their Facebook page.

This acclaimed bird sanctuary and wetland is the breeding ground to over 177 varieties of indigenous plants as well as somewhere around 120 species of birds. It’s part of  Century City and today serves as a great place in which to see birds with family and loved ones. The area is named after the Xhosa word meaning bird. For more information visit their website.

This establishment was  originally built to serve the purpose of prison headquarters in the 1840’s. Thereafter, it served as a magistrate’s court, so it’s quite surprising that today it’s utilised for artistic endeavours. It’s one of the leading artistic hubs in the whole of the Northern Suburbs. For more information visit their website.

This fun filled ice rink situated in the Grand West Casino and Entertainment World, has an illustrious history that can be traced back to the early 1970’s. Besides Ice Skating, one can enjoy the activities of the casino. For more information visit this website.